Special live music dance night with traditional Bulgarian band Bulgarika! This is our Halloween party as well so come dressed to celebrate in costume! Bring some light refreshments and non-alcoholic beverages to help make it a party, and tips for the band! 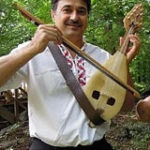 Nikolay Kolev is a native of the Thracian Rose Valley village of Karavelovo, has been playing gadulka since age 10. After graduating from the National School of Folk Arts in Shiroka Luka, Bulgaria, he performed for three years with the Sliven Folk Dance and Music Ensemble. In 1984 he founded the orchestra “Sopot”. In 1985 he formed the wedding-music ensemble “Rozova Dolina” and in 1992 the prize-winning ensemble “Balkanski Glasove”. In 1994 and 1995 the latter group took first prizes at the Varna Festival. Nikolay has accompanied many well-known singers including Vulkana Stojanova, Roumen Rodopski and Todor Kozhuharov. He has also taught many students at a number of Balkan camps in the U.S. In 1999, Nikolay was the first Bulgarian to be recognized by the Slavic Heritage Council of America for his outstanding contributions to music. 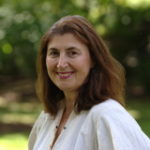 Donka Koleva is a native of the village of Tuzha in the Stara Zagora region of Thrace. She graduated from the National School of Folk Arts in Shiroka Luka, Bulgaria, and performed for three years with the Sliven Folk Dance and Music Ensemble. She was director of the Folk Song Chorus of Sopot, has been a featured soloist on Bulgarian Radio-TV, has participated in numerous singing competitions in Bulgaria and Europe and has been featured on numerous recordings. In 1997 her recording of Javore was named “Song of the Year” in the Bulgarian national radio competition. Since immigrating to the U.S. she has taught and performed widely across N. America, both privately and at numerous camps, festivals and other events. In addition to her vocal talents Donka serves as Bulgarika’s manager and has organized 12 national tours for the bands Kabile’, Cherven Traktor, Bulgarika and the Kolev Family Ensemble. 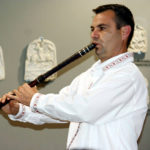 Temelko Ivanov, a native of Burgas on the Bulgarian Black Sea coast, has devoted himself to the Bulgarian shepherd’s flute, kaval, since he was in elementary school. He received degrees at the Philip Koutev National School of Music and Dance in Kotel and the Plovdiv Academy of Music, Dance, and Fine Arts, graduating from both schools with honors. Temelko’s career is closely connected with Bulgaria’s distinguished kaval masters, including Nikola Ganchev, Dragan Karapchanski, and Stoyan Velichkov. In addition to his work with Ensemble Trakiya, Temelko has performed and recorded with many other folk music orchestras, including Cosmic Voices and Ensemble Bulgare; and has worked with numerous independent projects and singers. Read more… 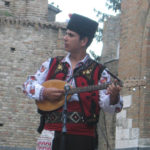 Nikolay Kodzhabashev, a native of Yambol in Bulgarian Thrace, graduated in 2011 with a Master’s in Music Performance Arts from the Plovdiv Academy of Music, Dance, and Fine Arts. He has been a member of the Sliven Folk Dance and Music Ensemble since 2001, where he is featured as an ensemble and solo tambura player. Nikolay has also played tambura and guitar with numerous other ensembles throughout Bulgaria, including the Perla, Slivenci, Kabile, and Straldzha folk bands; and has accompanied many renowned musicians and singers such as Teodosii Spassov, Dechka Slaninova, Vanya Valkova, and others. He has also recorded extensively on Bulgarian National Radio and Television and other venues, and has participated in many concert tours throughout Europe. Read more… 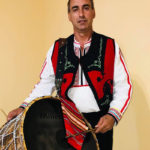 Marin Chalamov is from the Thracian town of Karlovo, where he began his musical career at age 15 as drummer and tupan player for the Srednogorie ensemble. Over the years he has played with numerous well-known Bulgarian bands and musicians such as Nikolay and Donka Kolevi, Rumen Rodopski, Savka Sarieva, and the ensemble Rodopski Izvori, with which he recorded on Bulgarian national radio. He played at many weddings, festivals and social events with the ensembles Kalofer and Balkani. From 1990 to the present he has been a musician and instructor with the Karlovo-based ensemble Rozova Dolina, which has garnered many prizes at international festivals in Spain, Belgium, Germany, Poland, Russia, and elsewhere. Read more…